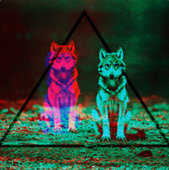 Some time ago I started to experience some random freezes on my computer. After some research I could hear that just before the freezes, the hard drive made a strange noise, like if it stopped and started working again. Everytime I heard that noise I could know that a system freeze was incoming.

Solving that problem took me days, or even weeks, because I didn't know what was causing that problem and I couldn't find anything on internet that was exactly my case, most things pointed that my hard drive had some malfunction and it might be near to die. I installed a tool provided by the manufacture to detect disk problems. Every test passed succesfully, but problem was still there. Finally, frustrated because I couldn't find the cause, I decided to sacrifice most of my data and wipe de HDD, installing everything from scratch, but it didn't solve the problem. At that time I started to think that the problem may be caused by something else, and some time before I had manually replaced the fan of the PSU which had broke, so I replaced the PSU with an older one I had and for my surprise, problem wasn't there anymore, no freezes or strange sounds. I thought I probably had broken something at the PSU by replacing the fan or that the fan broke something when it broke. With the old and functional PSU installed, I installed everything again and everything as gone fine until now.

Lately, since some days ago, these noises and freezes has started again, so having in mind that problems isn't caused by HDD nor PSU, I've started to check some other things. At the first time, I thought that problem could be caused by a lost of power somewhere, so I check all cables, unplugged and plugged them all again (all that came from PSU). Problem seemed to be resolved again, naive of me... Yesterday night and today, problem was there again, so I was quite sure that problem is caused by any of the cables, but which of them? I have double checked again all PSU cables, and this time I've also replaced the HDD's SATA cable and right now the PC is working fine. So my question is, is it possible that a simple SATA connector can make this happen?? Cable looks fine, no scratches or anything.

I'll test the PC like this for some time and if it look stable I'll change back the PSU by the other one, which is better and makes way less noise.

8 answers to this question