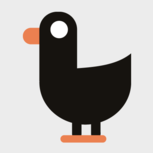 Hopefully this question hasn't been asked to death but here goes, After using the CMP Community Updater and installing all the files the game kept crashing when it loaded up the CMP maps in game. So I tried having it fixed or reinstalled via the FH2 updater and launcher, said I didn't have the CMPCU installed so had it re-installed again after being prompted to do so.

This is when it really hit the fan and the game refused to load and the error message in the image popped up every time.

I tried following another answer given on a different post (which was to simply re-install the FH2 Launcher) but that hasn't worked for me, same error message pops up.

I reckon I had it installed into the wrong directory. If that's the case what is the 'correct' directory to install it into?

Any help is appreciated folks.

3 answers to this question